Having a custom precision rifle built strictly on word of mouth was a hard decision for me seems i live in Kuna Idaho i was not able to physically meet Jon first hand.  With that said my

6.5 x 284 was built strictly on phone conversations and pictures during the build with Jon.

I now have the rifle, the workmanship attention to detail and accuracy is superior to any rifle i own.

It is zeroed in @ 200 yrds which a 4 round group for me is almost stacked on top of each other, making long range shots 600 to 1200 yrds FUN.         The rifle is a tack driver, my daughter 12 yrs old just shot her first buck at 339 yrds using the new rifle, which may not be considered long range to some for a percision rifle, but i was very impressed  for a youg girl and this being the first rifle she has EVER shot on targets ( 20 rounds)  or big game

( 1 shot ) speaks volumes to me on the builder.  It is so accurate it compensated for the errors of a beginner.

The attached photos speak for them selves of the build, her 200 yrd group on target is her last 7 shots of the day and recently her first deer.

Thanks to Jon for the pride he takes in his workmanship and customer service i am looking forward to my next build with AREA  419. 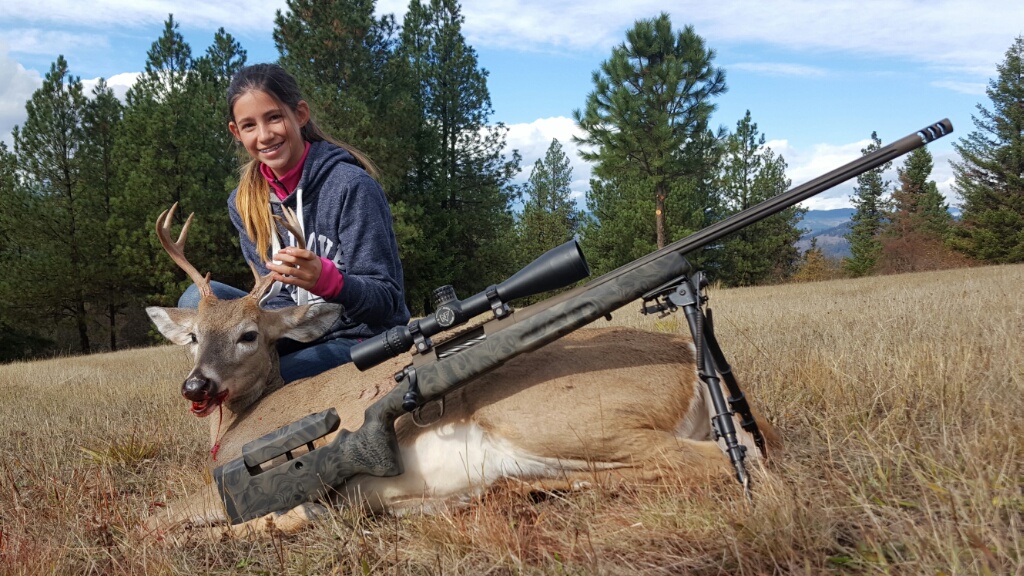